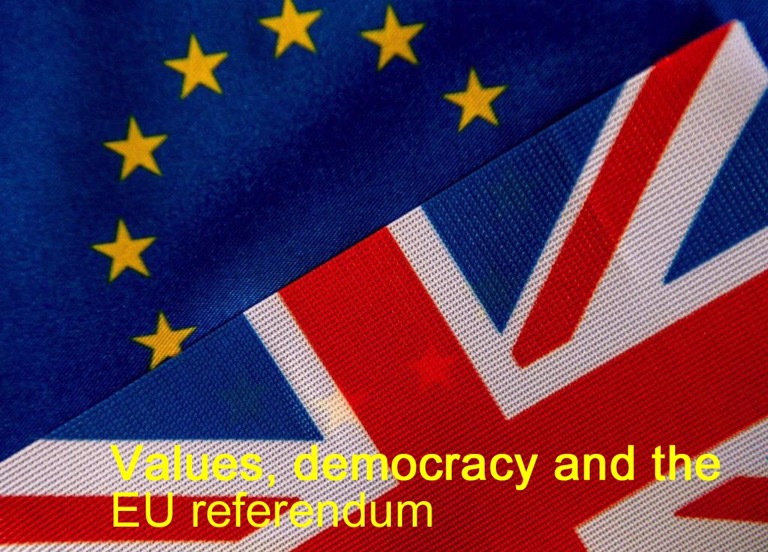 Like many educators in the UK, I found myself disconcerted by the demographics of the vote. The first news article I read about the result, pointed out that the single best indicator of voting choice was level of education. It was also apparent that young and old had voted very differently. Roughly three quarters of young voters supported remain, about the same proportion of over-65s voted to leave.

My school has done a lot of work on democracy this year. We encouraged students sixteen and older to register to vote in the spring. The council hosted events on the importance of local and national representation and kindly lent us actual voting booths, ballot boxes and polling station signage for a school mock election.

I heard more spontaneous political and economic discussion between students on Friday than in the last twenty years put together.

This clearly had an impact on our sixth form students in particular because they were keen to run a school EU referendum. They did this with style and professionalism. Unlike the mock election. There was no campaigning but they hosted a debate (which frankly was better informed that most of actual national campaigns) and ran the election. Tutors also used materials derived from the booklet from the Electoral Commission that was sent to homes. We asked students to think about the following questions surrounding the claims made by the two campaigns:

There was considerable excitement on 23rd June, with voting taking place throughout the day. The results gave a large majority vote to remain in the European Union:

As we all know, this wasn’t how the national vote turned out, but it mirrored how young people voted nationally, and this certainly wasn’t the end of the referendum as far as our students were concerned; Friday 24th June turned out to be an extraordinary day. The first thing the Principal said to me that morning was about a conversation she’d heard two year 7 students having. “52%” said one “you can hardly call that a mandate!” Not the average 12 year old conversation.

This theme continued throughout the day. I heard more spontaneous political and economic discussion between students on Friday than in the last twenty years put together. A year 9 student informed me that the prime minister had resigned. A year 10 student asked me if I had seen the stock exchange figures, then showed me a graph on his phone. Another asked me if I was worried about my pension! (I am: have you looked at the AVC fund?). Break and lunchtime was full of discussion about the consequences of leaving the EU. The most frequent question was much broader, though. As several year 12 students put it “Why have they thrown our future away?” Who are “they”? The students have seen the statistics too. Their view is quite clearly that pensioners have made a decision that the young didn’t want but will have to live with.

I voted remain. I am very disappointed with the result and extremely concerned about the future, but I know that it’s likely that a deal will be brokered with Europe. The divisions in our nation concern me even more – economic, geographic, educational and age. I believe that however we voted as individuals, we all need to work to overcome these. One thing I am sure of: the quality of discussion I and my colleagues witnessed among students was truly inspiring. Sixteen year olds deserve the vote.

I’m interested in the results of school mock EU referendums. Those I have heard about so far all had at least 70% of students voting remain, but so far these have all been Oxfordshire schools, so from an area that voted remain. I’d appreciate it if teachers could let me know their school results. I always welcome constructive comments, whether you agree with me or not.